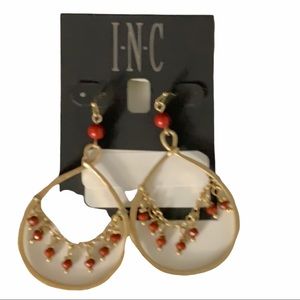 Hoop earrings by INC. Gold metal with red beads. They are new.
|||