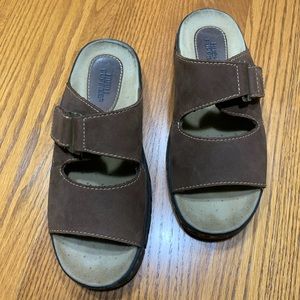 Ladies Hush Puppies leather brown sandals in size 6.5. Looks like they have only been worn once or twice if at all.
|||